25 July 2018, Kingham, Oxfordshire — Children at Kingham Primary School in rural Oxfordshire left without shoes at the end of term to donate them to Sal’s Shoes, a charity that has redistributed over half a million pairs of shoes to children in 35 countries around the world.

The children placed their shoes on their desks at the end of the day and walked out barefoot as a reminder that millions of children around the world have no shoes to wear to school.

“Leaving barefoot is a powerful message that we want to help those fellow school children who have no choice and leave school barefoot every day,” explained the Headteacher, Ms Bretta Townend-Jowitt. 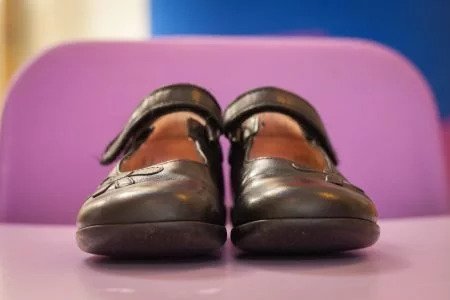 Many parents provided pairs of shoes that their children had outgrown, together with a donation to the charity to cover the cost of distribution.

Kingham Primary School is a local authority maintained village school in rural Oxfordshire with around 200 children.

Sal’s Shoes was founded four years ago by a mother who initially wanted to find a good home for her son Sal’s outgrown shoes. The registered charity has since managed the distribution of over half a million pairs of shoes to 35 countries.

What should I do if a child has finished their work?