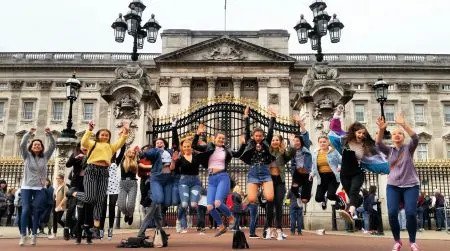 Calm… I’m not sure that this is the most apt adjective to describe the four jam-packed days that 51 Irish students and their 6 enthusiastic teachers spent embracing every inch of lovely London last weekend. Exciting; unforgettable; magical: London baby!

Travel opens your mind, broadens your heart and fills your life with stories. It also tires your feet. Not that they were complaining! I have it on FitBit authority that this eager group marched a marathon from the plush, bespoke carpets of Buckingham Palace’s State Rooms to the dark, dank alleys of Jack the Ripper’s Whitechapel. They time-travelled to Shakespeare’s Globe Theatre where Macbeth’s “hangman’s hands” ended the life of King Duncan and >circled< back to the Serengeti just in time to celebrate the birth of another king – a lion cub named Simba.

Music. Mystery. Museums. From Victoria and Albert’s cultural collections to the crown jewels in the Tower and from six-storey whale skeletons to WWII Spitfires, these thirsty students were swimming in history, science and art. London has it all, and more. Much more. 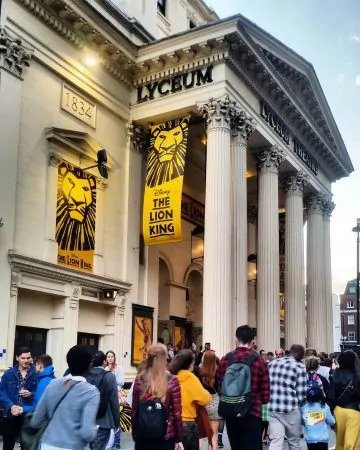 Their final morning took them on a journey from red phone boxes and cobbled streets to flying cars and magic broomsticks. As an educational tour, naturally it was imperative to include a visit to England’s most famous school: Hogwart’s School of Witchcraft and Wizardry! Dumbledore’s domain did not disappoint. Chocolate frogs and magic wands, butter beer galore and backstage secrets. Even the teachers jumped on the Hogwart’s Express, donning Gryffindor robes and casting spells. 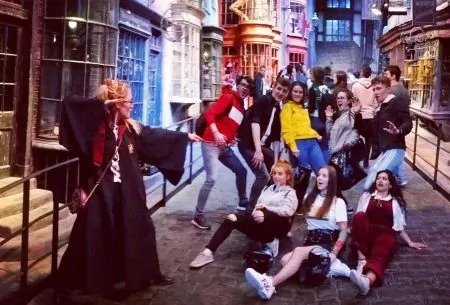 Whether it was wizardry, or London itself, one thing is for certain: this was one bewitching school break.  Renewed and invigorated, amazed and inspired, these students now face their final year with a cache of communal memories and maybe just a little bit of magic.

Back To School – Back To Basics