Year 8 pupil: “What exactly did hanging, drawing and quartering involve?”

Me: “Well, firstly the condemned man was drawn (dragged) from the place of imprisonment to the gallows where he was hanged by the neck until he was semi-conscious. Then he was cut down from the scaffold, laid on his back and had his torso cut open (some historians argue this was the drawing part) from his neck to his genitals, which were usually cut off too, before one or more of his organs were torn out and burned before his eyes. This is probably the last thing he would see on earth, as at this point pain usually gave way to death. Next came quartering…”

At this point I wondered if my explanation of the finer points of Jacobean state-sponsored murder had been a little too detailed, judging by the complexion of the little girl in the second row. Fortunately, she made a full recovery, which is more than can be said for Guy Fawkes, whose fate I was narrating to my genuinely horrified but equally fascinated Year 8 History class.

My experience of teaching subjects such as the Gunpowder Plot or the French Revolution is that many 11, 12 and 13-year olds (girls, as well as boys) have a penchant for gruesomeness which wouldn’t be out of place on a Viking longship or in the murky backstreets of Victorian London. We have Terry Deary and his eminently readable >Horrible History< books to thank for this.

What I didn’t tell this class (a good teacher should never let the truth get in the way of a good story) was that Guy Fawkes wasn’t actually hanged, drawn and quartered. He was indeed sentenced to be at his trial in January 1606, but on the day of his execution Fawkes cheated the hangman by falling off the gallows, either by accident or by design, and breaking his neck, much to the disappointment of the assembled crowd.

But hanging, drawing and quartering was the fate of seven other surviving members of the Gunpowder Plot who were executed within view of the building they had tried to destroy, just as it was for dozens of men throughout English history (Sir William Wallace, Saint Edmund Campion) who were unfortunate enough to suffer this terrible punishment. 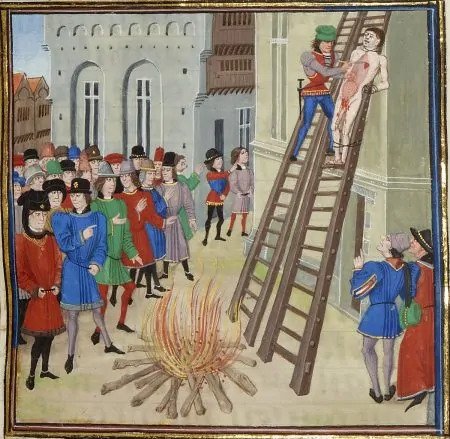 The execution of Hugh le Despenser by hanging, drawing and quartering in 1326.

I came away from this lesson thinking how much the class had enjoyed it. A few days later a colleague asked me a question which most readers will probably have asked or been asked in recent months: How do you raise the attainment of lower-ability pupils in your classes? My answer is the same every time. I raise it in exactly the same way as I do for higher-ability pupils – by capturing their interest and imagination. In other words, I make the lesson enjoyable for them. And where enjoyment leads, attainment will follow.

I can’t speak for maths or science teachers, but it goes without saying that History lends itself very well to capturing children’s interest and imagination. And I have long found that one of the best ways to do this is by focusing on some of the bloodier aspects of the past. But this focus is always a means to a pedagogical end.

In the lesson on the Gunpowder Plot I answered the pupil’s question as a means to discuss religious persecution in Stuart England, which was one of the focuses of the lesson.

This strategy works just as well with Key Stage 4 classes too. In my scheme of learning on the First World War, I usually spend a whole lesson looking at some of the weapons and equipment which were used during the conflict. You’d be surprised how much there is to say about a British Short Magazine Lee Enfield Mk III* rifle.

The highlight of the lesson is the Brodie helmet, box respirator, replica Webley revolver, bayonet, Mills bomb and trench club which I produce from a canvas bag. These objects bring the past to life in a way a textbook can’t and pupils certainly enjoy handling them (and pretending to raid each other’s trenches with them). But the main reason I use them is to teach my pupils about technology in the First World War – looking at how and why technology in warfare changed so rapidly over a relatively short period of time. 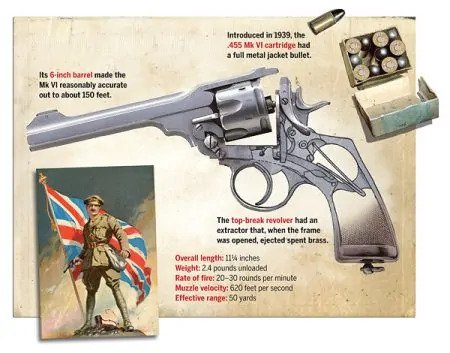 A Webley MK VI service revolver: using objects from the past in lessons brings it to life for pupils in a way a textbook can’t.

In an article for Schools Week in November last year, James Croft, the Founding Director of the Centre for Education Economics, argued that, “there is little evidence to support the conviction that enjoyment and learning go hand-in-hand, or indeed in any way reinforce each other.” As someone who teaches approximately 700 lessons per academic year, I have little evidence that enjoyment and learning don’t go hand-in-hand. For me they go together like a knife and fork.

My former Year 11 pupils would not have got the GCSE grades they did last summer if they had not enjoyed my lessons and the optional revision sessions I ran for them after school and in the holidays. I know this because they told me so themselves. I say to Mr Croft what I said to my colleague the other day – where enjoyment leads, attainment will follow.