For many, the teaching of spelling can seem like a mammoth task, with no clear way to begin. Neil Almond offers his suggestions about how spelling can be taught methodically and efficiently in Part 2 of his series on spelling.

In my last article on spelling, Let’s Tork Abawt Spelling, I offered readers an extremely brief tour and overview of modern English, tracing it back to its ancestral roots of Proto Indo-European and the cocktail of geopolitical and social influences that have impacted the language over many years, to its modern-day incarnation.

In this article, I want to talk more about the structure of the English language, and start to appreciate how it is that we may begin teaching spelling so that it sticks.

As mentioned in the previous article, English is such a hard language to read and spell is because it has a deep orthography or complex code. Depending on your accent there are approximately 44 sounds that make up every word in the English language

In English there are multiple ways to spell the 44 sounds of the English system – around 176 common spellings to be precise. In primary schools, this process begins formally in Reception through phonics lessons (instruction in phonics, whether systematic and synthetic or not, is any attempt to explain to anyone what sound is being represented by a singular or collection of abstract symbols) and, depending on which phonics scheme your school uses, will depend on when this type on instruction ends and how many spelling alternatives are taught.

Phonics is also the main method by which students are beginning to learn to decode; I use this word purposefully as it encompasses what is rarely understood outside of education: writing systems are codes where the act of taking abstract symbols off the page and converting those into the correct sounds is the act of cracking the code. The act of writing a string of abstract symbols (which we call letters), with spaces between them when required, is the act of writing the code.

Understanding this simple principle is one of the keys to understanding how to spell effectively and how to support students in their spelling. This means that to spell (and read) most words in the English language, mastery of the 176 common spellings is required, to represent the approximate 44 sounds used within the language.

Along with understanding letters are used to code sounds, other structural knowledge about the English language that is important to know to teach and learn to spell effectively include the following:

2) One sound can be represented with different spellings.

Let’s look at this in practice by looking at the incorrect spellings of the title of this article and the previous one. For this, words between two slashes represent the sound and the letters between two angle brackets will represent spelling.

Finally, that the same spelling can represent different sounds can be seen by the spelling <ough> where it is used to represent the spelling of the sound /aw/ and /oo/ in ‘about’ and ‘two’.

From this, any activity used to promote learning to spell should enforce those principles. Therefore, I am personally sceptical about activities that force students to look at words as ‘whole’ units as if each word is a distinct picture themselves. Such activities include the ever-popular ‘look, say, cover, write, check’ and looking at word shapes. In these activities, students would have had a group of words to learn and then use place the correct word into different height boxes that matches the ‘shape’ of the word. 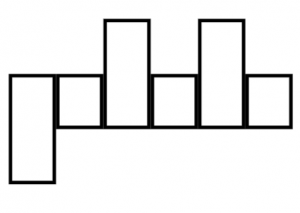 It is unclear, at least from a popular spelling program that recommends this activity, how it is supposed to aid with spelling.

Before explaining a spelling activity that I think is worthwhile, it is important to know that I think the main purpose of spelling lessons is not to teach students how to spell certain words (though naturally this is a consequence of such lessons) but to make the complexities and the structural knowledge of English spelling code as transparent as possible.

It is not possible to teach students how to spell every word in the English language; it is folly to try and do so as it would take up far too much time. Instead, lessons should be giving students tools by which they are likely to spell unknown words correctly.

What activities do I recommend that students do to help them become better spellers? As Daniel Willingham has told us, we only remember what we think about. Any activity needs to get students thinking carefully (and ideally multiple times) about spellings. Phonemes (sounds) are the basis of our language, so it makes sense to get students thinking about the sounds that they hear and relate this to the spellings that they know.

Students in Year 2 and above will be expected to read and spell polysyllabic words. So help to syllabify words and say these with a ‘spelling voice’ where you avoid saying the words with unstressed vowels. For example, if I wanted to students to spell the word amusement, I would show them how we can split the word into three syllables by focusing on the number of vowel sounds (a|muse|ment) and ensuring that I stress the initial /a/ sound instead of sounding it as an /uh/ sound (or schwa, as linguists call it). Getting students to finger-clap each syllable and saying it in a spelling voice further helps students as they break down longer words into more manageable chunks.

Once students have practiced this several times, when they come to try to spell a new word independently, the teacher now has a few tools at their disposal. Instead of just providing the spelling for the students, teachers can ask the students which syllable and which sound within that syllable they are struggling with. This has the benefit of students seeing that they simply do not know how to spell a certain sound contained within the word rather than the whole word itself.

One way to get students to practice the skills above is using an activity I have called ‘word inspection’. The activity involves a list of words that, importantly, are arranged by sound. In the case of the example below, they all contain a different way to spell the /ae/ sound. Instead of just writing each word out several times, first students are asked to identify the number of syllables and write the word again marking each syllable.

Next, they are asked to identify the number sounds in each word. Having already identified the number of syllables previously, this step is naturally scaffolded by the proceeding one. The final step is to identify which letters spell the target sound. In the word ‘neighbour’, you can see that it is the <eigh> spelling of /ae/. Once the sheet has been completed, the students will see all the common ways that /ae/ can be spelt along with some rare ways to spell /ae/ but in common words (<aigh> is only used in straight and <ea> is used in only a handful of words). It is useful for students to know this, as it limits the ways that a sound would be spelled.

This example would be used in UKS2. it can be adapted in a number of ways by including more than one target sound or by providing fewer spelling alternatives depending on the year group.

As mentioned earlier, the purpose of the above is not necessarily to get students to spell that particular set of words correctly, but to get the student thinking carefully about what they can do the next time that they want to spell a word.

A student who wants to spell ‘investigate’ will no longer ask a teacher how to spell the word in its entirety, but instead they will ask the teacher how to spell a particular sound within the word. Taking this one step further would be if the student asks if it’s the <ai> or the <a-e> spelling.

That is when you know that students are truly cracking the spelling code, and I will look at how we can potentially get to that point with students next time, in Let’s Toork Abowt Spelling: Peart Thry.

Neil was a classroom teacher for 5 years before leading Teach and Learning in a small academy trust. Now he is a Deputy Headteacher on Thornton Heath. He regularly blogs and speaks at educational events around the country.

Building An Assessment Model: You Can’t Always Get What You Want

Teaching Students To Talk To Their Texts